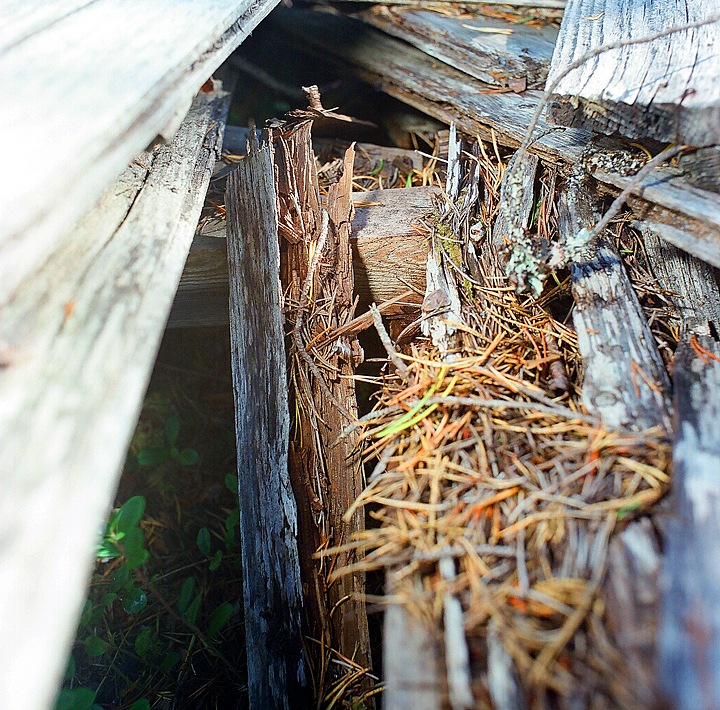 This project grew out of an initial invitation asking if I’d be interested in photographing the Cylinders Site in the English Lake District where the German artist Kurt Schwitters had started work on his last Merz project the Merz Bau before dieing there in 1948 leaving the project unfinished.

I was very intrigued by the Schwitters story and agreed to explore the site on condition I could produce a response to what I found there as opposed to a series of purely descriptive images.
This work became part one of ‘After Schwitters’. (The title implies both or either a homage to Schwitters in terms of style content etc or the physical act of following or rather retracing).

Further works were produced in the Isle of Man, Norway and Germany as I retraced his journey across Europe. Not to document the places he had visited, but rather to photograph the echoes of his passing within the small details that I felt held some essence of the Schwitteresque. (It seems to me far more interesting to photograph something that isn’t there as opposed to the easy option of photographing something because it is).

Although Schwitters is the catalyst and thread of this particular journey he is in many ways primarily a means to allow me to explore my own preoccupations as to the potential inherent within the medium of photography to be far more than merely pictures of things.

Project supported by Littoral Arts and the University of Cumbria